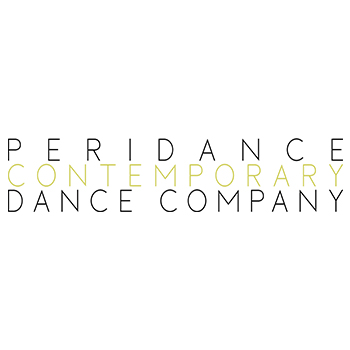 Home
About
Get There
Tickets

By PCDC (other events)

Peridance Contemporary Dance Company is back for their annual New York Spring Season at the Salvatore Capezio Theater. The Company is thrilled to present two world premieres throughout the weekends of March 17th-18th and March 24th and 25th.

Igal Perry’s newest full-length work features Mozart’s soaring score for wind ensemble, played live by students from the Manhattan School of Music and conducted by Post Classical Ensemble’s Music Director, Angel Gil-Ordóñez. This program is supported, in part, by public funds from the New York City Department of Cultural Affairs in partnership with the City Council.

Princess Grace Award-winning choreographer Norbert De La Cruz III collaborates with composer Nathan Prillaman for this world premiere of his work, Face to Face. Face to Face is a 13-minute exploration of social interactions and networking.  It traces our conscious and unconscious efforts for confrontation and disassociation amongst each other.  The work unfolds and accumulates as autonomous bodies engage to mobilize another.  Set to a robust and energetic musical score composed by Nathan Prillaman, the work draws the parallels of individual human connections and the importance of recognition.

Acclaimed choreographer Adam Barruch restages his 2011 duet, Folie à Deux. Folie à Deux is an exploration into the interior landscapes of two people whose acts of intimacy are the fantasy that thinly veils a greater discord. Folie à Deux (a French term that literally translates as “a madness shared by two”) is a psychiatric syndrome in which symptoms of a delusional belief are transmitted from one individual to another.

The company will perform the second movement of Igal Perry’s work Thundering Silence (2015), to a striking score by Vladimir Martynov. Inspired by the music's audible silence and suspense, this work moves the dancers gradually - and at times abruptly - into a web of oscillating extremes, highlighting the differences as well as the utmost correlation between loudness and its nemesis: silence.

Perry is also restaging excerpts from Dia-Mono-Logues, which premiered in 2017 to an original score by Israeli composer Ofer Bashan. Dia-Mono-Logues explores the ways people subconsciously project their prejudices and preconceived notions onto others, affecting every interaction and relationship. The work speaks to bridging cultural differences, and it stems from Perry’s own experience emigrating from Israel in the turbulent 1970s.

*The Box Office will open one hour prior to each performance.
**Please present printed ticket to box office upon arrival to receive performance program.

No refunds or exchanges available.
Tickets not claimed 10 minutes after the0start of each performance will be released to the waitlist with no refund given.
For questions, please contact the box office at 212.505.0886

other events by this organization